VEB Halbleiterwerk Frankfurt (Oder) produced a range of Hall sensor ICs. Many of these are copies of the equivalent Siemens Hall ICs. Some of these switches see use in keyboard switches. Following German reunification, at least some models appear to have remained in production under new ownership as Halbleiterwerk GmbH. The first models were introduced in 1981, with additional models following later in the decade. The original Siemens switches are likely to have been around in the early 1970s, as they will be what RAFI were using in the years before the HFO chips entered production.

Some models have a direct Siemens equivalent. Others do not.

B 461 G is a small four-terminal Hall sensor. It is marked simply “B 61”, with the “4” and “G” omitted, supposedly due to the small component size (even though the full model name would have fitted).

The four terminals are:

Unlike some other four-terminal Hall sensors used in keyboards (such as those of Micro Switch and Panasonic), B 461 G only provides a single non-redundant output. Instead, the fourth terminal is used to activate the sensor. Micro Switch’s type with enable input, however, used three

Two companies are confirmed to have used B 461 G in keyboards. A Hall version of Sasse Series 25 is highly likely, but the choice of Hall IC is not confirmed. It is possible that they used Siemens ICs exclusively. 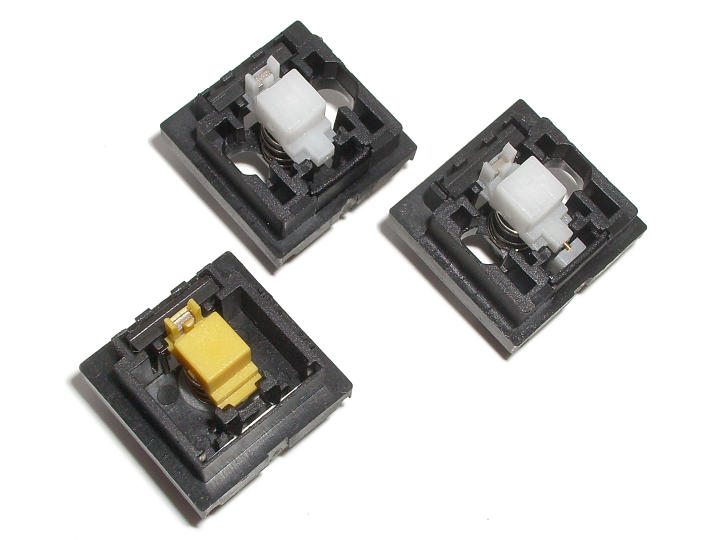 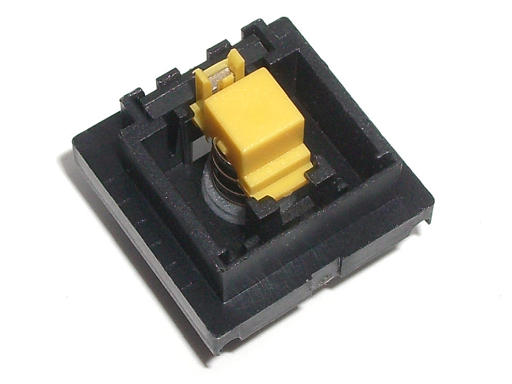 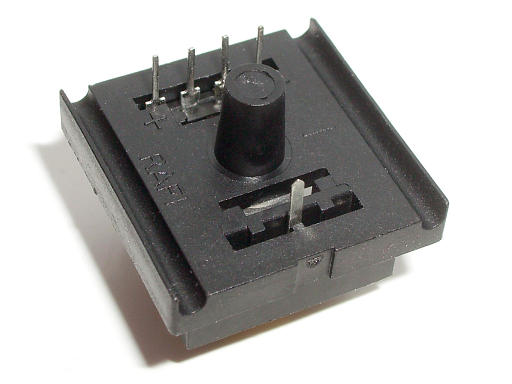 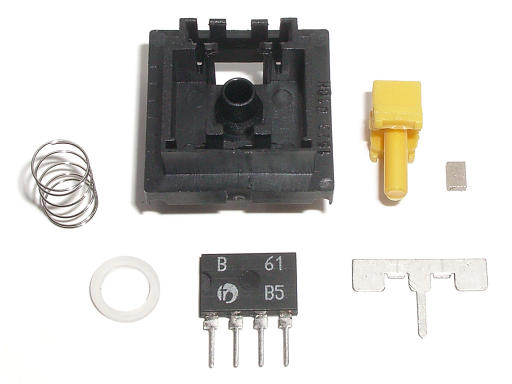 The above example—received as a sample from RAFI in 2016—uses a B 461 G chip apparently made in May 1991. This is indicated by the code “B5” at the lower right, per the Kodiertes Herstellungsdatum auf elektronischen Bauelementen aus DDR-Produktion (manufacturing date codes for East German electronic components).

Although this was a DDR chip, by 1991, VEB HFO had become Halbleiterwerk GmbH, as seen on the box label at eBay auction Lot of 5 pieces B461 = SAS261S4 HALL IC SWITCH static 4-SIP NEW *. RAFI did not comment on the age of the sample switches, and whether the switches are the same age as the chips, or if the chips are old stock. However, the indications seem to be that the production line is no longer open and the date sequence has thus not wrapped around to the subsequent year B (2001).